How boredom spawned a side hustle.

The life of a teacher can sometimes be tedious, infuriating, hilarious or action-packed. One thing that makes it an amazing job is that the holidays are great (heh heh), but also that every day is different. The kids make me laugh every single day, and of course, when you’re working with people there’s always something that makes a day stand out. Sometimes it’s the kids themselves, or sometimes it’s because you get to participate in excursions or activities in other subjects that you normally don’t get to see.

This PLANKS incursion was one of them. 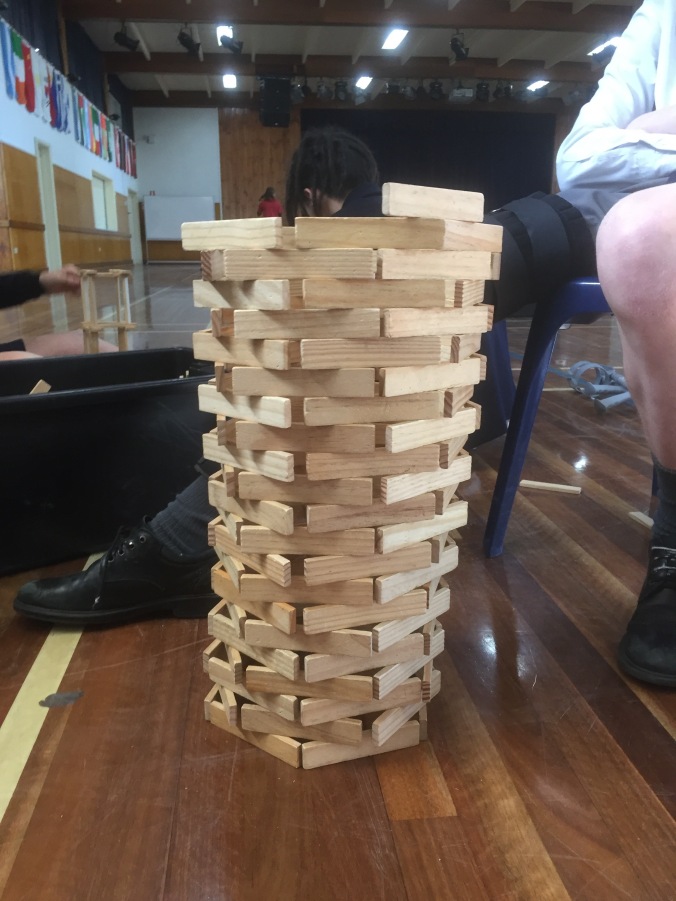 Last week the year 9s had a double period in the hall working with these mini planks. I was there with one of my 9 classes for the first period when they were introducing the whole activity.

The guy running it told the story of how he and his mate started the business. 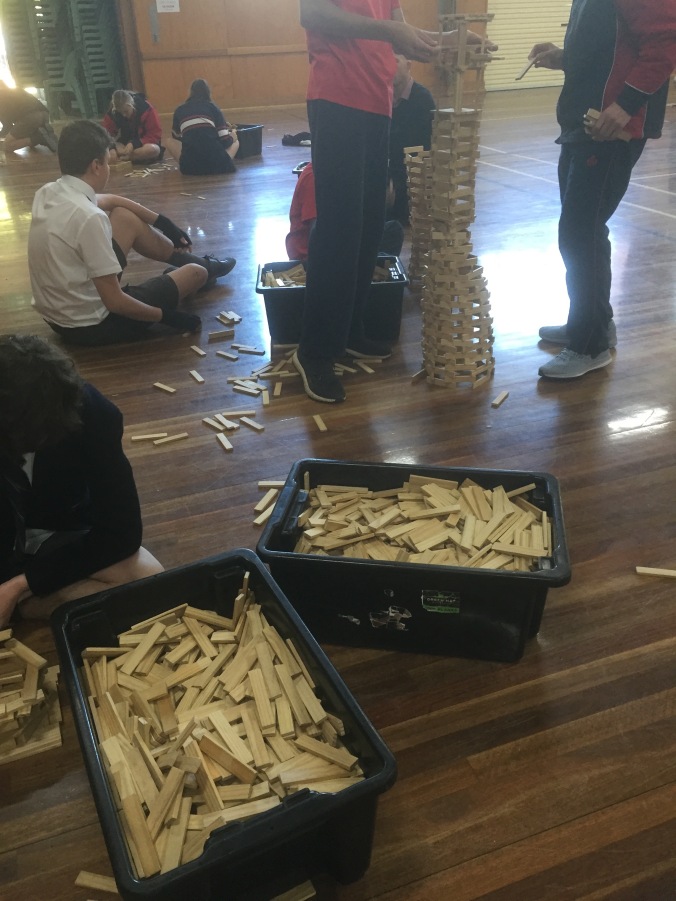 They were working as labourers for a builder and one afternoon they were demolishing a house. It was raining and they had to down tools while waiting for the rain to stop. They were ripping up floorboards before the rain hit, so to pass the time they cut up some boards into smaller pieces and had a competition as to who could build the tallest structure. 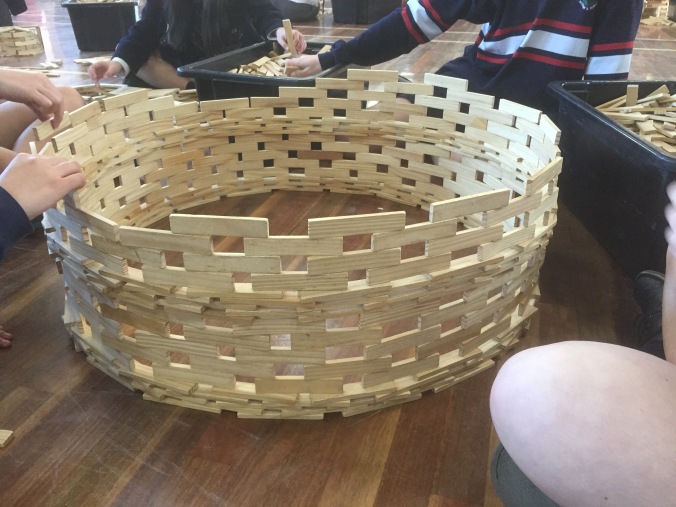 That was the germ of the idea for their business.

If a group of grown men could let a couple of hours slip by while they were engrossed in this, how much would schoolkids like it?

I have to hand it to them – most people would have had a fun afternoon, then thrown the makeshift planks into a fire and forgotten all about it. But these guys felt they were onto something.

They experimented with different lengths and thicknesses of wood, whether they worked better with curved or straight corners and then tested their concept out on primary, secondary and tertiary students to see if there was a specific demographic that they needed to avoid.

Turns out that there isn’t – every age like stacking up blocks and seeing how high they can go and how creatively they can balance them.

The company has been coming to the school for at least 3 years, I’d say, with this idea. The kids loved it, especially the boys who sometimes have trouble sitting still in class. These two boys are a couple of kids I had last year who were a little… shall we say ‘rambunctious’?… but look at what they managed to put together!

This activity also suits the more methodical kids who like to create things. These 3 boys are very quiet and painstaking in their English work. They combined forces to build this beautiful-looking structure. 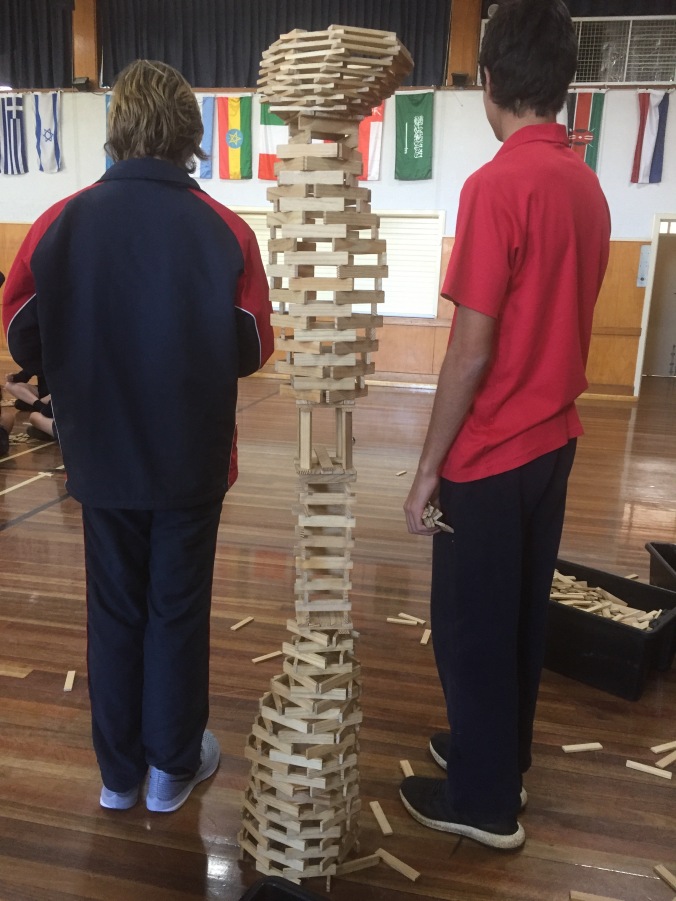 At the end of the period I had to leave. Before I left I snapped this shot.  I was really impressed with how tall they’d managed to get it. Apparently, it ended up being way taller than they were and they needed chairs to continue to build it up.

The kids loved it. The noise of chattering and the crashing of blocks was LOUD. They were also really respectful of the structures that other students had put together that were intricate and large, stepping carefully around them and making sure that they didn’t accidentally knock anything over.

I really loved how such a simple idea that began as a way to stave off boredom on a rainy afternoon has ended up as a business that challenges kids, gets them to think creatively and to work together as a team. Not every side-hustle has to be a MLM, a blog or an Uber-gig. These guys were able to take a simple idea, look outside the box and have turned it into a year-round earner. Imagine how many schools they can take this to in Melbourne alone? Let alone kindergartens, child-care centres and old people’s homes?

I love a successful side-hustle!